The History of Telle Tire & Auto Centers
Four generations and more than 75 years of providing top-notch auto service to the families of St. Louis

For four generations and more than 75 years, Telle Tire & Auto Centers has maintained a passionate focus on solving customer’s problems through attention to detail, collaboration and integrity, while creating long-lasting relationships.

The Telle tradition of providing personal service, quality products and business innovations remains as important today as it was for Chuck Telle and his father in the mid-1900’s.

Read about the storied history of Telle Tire & Auto Centers, and learn why our focus is on the quality of yesterday, the knowledge of today and the accommodations of tomorrow. The early years were characterized by business growth, as Froesel-Telle quickly rose to be the top choice of St. Louis drivers.

1942: World War II created a strong demand for recapping tires. In 1942, C. Arthur Telle and Dan Froesel stepped up to this need after they found a second-hand retreading mold. Froesel-Telle, a tire recapping business, was formed in Froesel’s mother’s garage on Hoover Avenue in Richmond Heights. Froesel-Telle soon outgrew the garage, and the company moved to a storefront a couple streets away on Hoover Avenue.

1952: Froesel-Telle doubled the size of its Big Bend location to keep up with demand, which focused on retreading tires, as well as retail tire and auto service.

1962: 20 years after Froesel-Telle started, Dan Froesel and C. Arthur Telle agreed that their business interests were better served individually, and they parted ways amicably. From there, C. Arthur Telle, along with his son, Chuck, took sole ownership of the Big Bend shop. Under the guidance of Chuck Telle, Telle Tire garnered national attention as a top-notch auto repair shop and, as always, remained at the forefront of automotive technology.

1976: To provide faster customer service and a better tire selection, Telle Tire Company added a 5,000-tire warehouse to its business. 2003: Chuck Telle was inducted into the Missouri Tire Industry Hall of Fame during the organization’s annual convention.

2006: Second-generation owner Chuck Telle passes away at the age of 79, after a 9-month illness.

2008: Third-generation owner Mark Telle retires, remaining part owner with his brother, Scott, but was no longer involved in the day-to-day operations.

2009: Scott Telle became ill and his 14-year battle with a rare blood disease came to an end. Subsequent to his bone marrow transplant in 1997, Scott had been able to work side by side with his son, Aaron, to show him how to run the family business. “It is a memory I will never forget and will always be grateful that I had an opportunity to work with my father,” Aaron Telle said. Aaron and Alex Telle continue the Telle tradition of building lasting relationships with its customers, by staying on the breaking edge of automotive technology and enhancing the company’s customer service experience.

2011: To increase service offerings within St. Louis, in May 2011, Telle Tire & Auto Centers expanded operations to a second location in Sunset Hills on South Lindbergh Boulevard.

Under the leadership of fourth-generation owner Aaron Telle, Telle Tire & Auto Centers have grown from one location in St. Louis to more than ten across the St. Louis metro area and Jefferson City. With the recent acquisition of KC Complete Auto Service, Telle Tire is excited to span the state of Missouri adding five stores to serve Kansas City residents and remains looking for new expansion opportunities. Telle is still family-owned and remains steadfast in its commitment to provide Missouri families with the highest quality auto service and the most convenient customer experience. 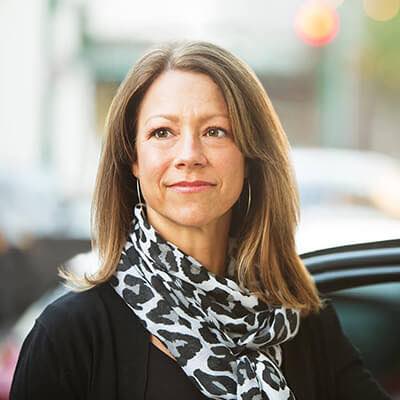 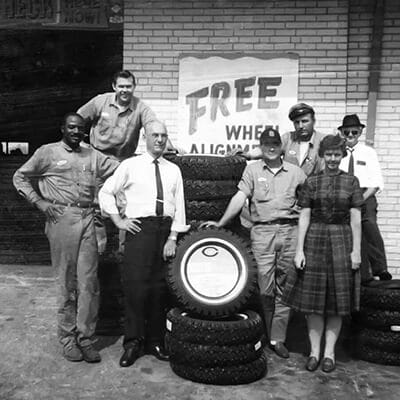 For more than 75 years, we’ve focused on what matters most. Our customers. Every day, you fuel our passion to serve. And after more than 75 years, we’re just getting started. As a family business, we’ve always put families first. Keeping them on the move since 1942, and ready to do the same for yours. At Telle, the wheels will never stop turning to serve you better. So look for new services, delivered with the same commitment. Because here, our focus will always be on you.