There are many different components to a vehicle that require regular maintenance to ensure the best safety and performance. However, there are some pieces that may last for some time, such as your car battery, meaning you don’t think about them much – until they become an issue. Without a functioning battery, your car can’t start and the electrical components of the vehicle – such as lights, audio, internal computers, and navigation – will malfunction or not work at all, so if you’re able to, we suggest keeping a spare battery on-hand in the event of an emergency. If your car battery won’t hold a charge, there could be one of several reasons causing the issue.

Different reasons could prevent car batteries from holding a charge for long, but the most common ones are as follows:

Electrolytes from the battery top can cause corrosion of the connections to the battery cables and prevent them from reaching a full charge, so the battery won’t hold a charge for long while driving along. Corroded battery cables show blue-white or green-tinged substances on your car’s battery terminals, cables, or posts. You can fix the problem by regular maintenance or taking it to a repair shop for cleaning and evaluation.

Battery Not Recharging As You Drive

Your car’s battery recharges regularly while you drive, but if there’s any sort of connection or mechanical issue, that recharging isn’t taking place, resulting in a quickly draining car battery. The battery needs to be checked during routine maintenance to diagnose any sort of issue before it becomes a bigger problem, but if you’ve just had work done or just want to rule it out, inspect the terminals and tighten any noticeably loose connections. Leaving loose connections can cause excessive resistance build-up, affecting adequate battery recharge. Corrosion may also result in a lack of recharge, so if you notice any, be sure to remedy it right away.

The Battery is Old or Past Expiration Date

Your car battery won’t hold a charge for long if it reaches the end of its service life. A battery will typically serve you for three to five years. An old battery is easy to identify visually when corrosion returns just a few months after cleaning. When this happens, you would need to take your vehicle in for a full-service car battery replacement.

The alternator fails because of use or age. Premature failure may result from fluid leaking on the component. Indicators of a faulty alternator are the smell of burning rubber, whining or growling sounds, and battery warning lights. The best way to fix the alternator is to take your car to a repair shop for diagnosis and assessment because technicians will identify the specific part that has an issue.

Parasitic draw happens if your battery keeps draining out when the car is not running. Some faulty issues with the car could be drawing the charge even when the engine is off, or it could be as simple as an interior light that was left on for an extended period of time.

Overcharging can cause overheating and breakdown of your car battery. It arises from charging too frequently or for long periods.

When you do not charge the battery well, the lead plates in the battery begin to sulfate, reducing the surface area for the necessary chemical reaction. Lastly, a deep charge allows the battery to discharge completely before recharging. This can damage the battery and reduce power holding capacity. This issue is common among electrical car owners.

Extreme temperatures result from hot or freezing weather. It evaporates the battery water and reduces its efficiency. For extreme coldness, the battery may not produce enough charge. Get an inspection for your car battery to determine if you will need to add water to get it running.

An overloaded battery will blow a fuse because too much current flows through the circuit. Common indicators of a defective or blown fuse include some minor electrical problems like the interior backup lights not working correctly. Use your car manual to locate and fix the blown fuse or take it to your mechanic for assistance.

Keep your car battery maintained and functioning to avoid breakdowns when driving or frustrations when trying to start the car. The professionals at Telle Tire handle more than just tires – we can test and diagnose your battery or electrical system issue and replace components professionally so you can rely on your vehicle again. Contact us today for any questions and assistance.

Check our locations map to find your nearest services and repair station. 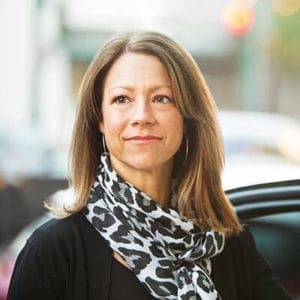 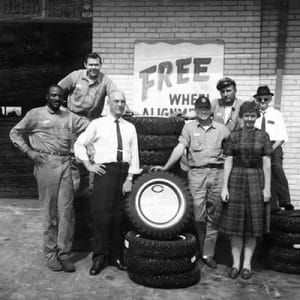